What do people who have worked in the arts for most of their career do when they retire? For me, the answer lies in the word “passion.”

For my entire life, it is the arts that has driven me and guided my decisions on the major choices made throughout my journey. With that passion at my core, I want to help you raise your expectations, your successes, and your drive. If you are a performing or visual artist, an artist agent or manager, an arts presenter, an arts organization leader, an arts educator, or anyone associated with the arts, I feel I can help. Here’s a little about my experience.

For 28 years up until my formal retirement in 2017, I served as the executive director of the Lively Arts at Indiana University of Pennsylvania (IUP) in Indiana, Pennsylvania, promoting and presenting and promoting nearly 200 in-house and touring visual and performing arts events and projects each year. In this position, my responsibilities included presenting a diverse season of touring performing artists, extensive arts-in-education outreach activities, the IUP Community Music School, performance facilities management, and web maintenance. 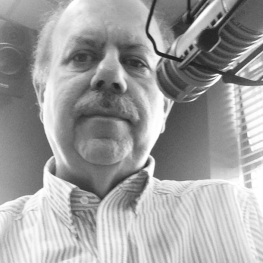 In January 2021, I completed my two terms on the Board of North American Performing Arts Managers and Agents (NAPAMA) and have been highly active during my career with PA Presenters, twice serving as its president and receiving their first Presenter of the Year Award. Currently serving as vice president of the Pennsylvania Rural Arts Alliance, previous boards include the Indiana Arts Council, Indiana Country Tourist Bureau, and Indiana County Humane Society.

In addition to my six years of service on the NAPAMA Board, including four years as its secretary, I was the board retreat manager in 2019 and was the director for the 2020 NAPAMA Agents and Managers Retreat, which was postponed due to COVID-19. I continue as Retreat Director organizing a virtual retreat for May 2021. I also served as the lead instructor for the Presenting 101 pre-conference sessions for the 2018 and 2019 Performing Arts Exchange and have led several webinars for NAPAMA since the pandemic hit.

As part of my consulting, I worked part-time as an artist agent and manager, giving me a broader view into the field of touring the professional performing arts.

I am an active member emeritus of the Association of Performing Arts Professionals (APAP) and recipient of numerous grants including such funding organizations as the National Endowment for the Arts, Japan Foundation, Mid Atlantic Arts Foundation, National Dance Project, PNC Charitable Trusts, Pennsylvania Council on the Arts, and others. Highly active in state and national arts advocacy and arts-in-education programs, I served for several years on the planning committee of the Performing Arts Exchange, have chaired several professional conferences, and headed the host planning for the 2014 Pennsylvania Governors Awards for the Arts.

Related to APAP, I conceived and founded the Consortium Leaders Network holding our first meeting at APAP in 2015 with the assistance of Lenore Naxon. On the more social side and in tandem with several other colleagues, I created the gAyPAP Facebook group, leading the organizing of social events for LGBTQIA colleagues and friends held during major professional conferences. 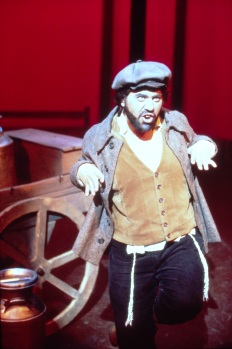 My training in the arts began in performance through music and theater. Although quite a few years ago, I acted professionally in leading roles during four seasons with a summer stock theater in Missouri, two seasons with a summer theater in Minnesota, and two shows with a dinner theater in Illinois. In addition to performances in college and community theater, I was involved in a few productions and numerous classes in New York City. I have also done work as a director, producer, lighting designer, stage manager, and choreographer (albeit inadequately!).

I feel that the combination of my performance background with over four decades of arts management and design experience gives me a unique perspective in the consulting work I offer.